The fierce and powerful Asura.

Use the traits of an Asura.

The power to use the abilities of an Asura. Variation of Demon Physiology and Hindu Deity Physiology. Not to be confused with Asura Form.

User with this ability either is or can transform into an Asura, a member of a group of power-seeking deities from Hindu/Buddhist Mythology, who were sometimes considered sinful and materialistic, but most often considered to have become addicted to passions, especially wrath, pride, boasting, and bellicosity. Asura are obsessed with force and violence, always looking for an excuse to get into a fight, angry with everyone and unable to maintain calm or solve problems peacefully.

In terms of power, Asuras rank equal to the other deities, and some have levels of power that rival even the most powerful. Some individuals have forced all Hindu-deities to retreat and were defeated only by exploiting their own weaknesses, main one being pride.

Out of the many powerful Asuras that existed in Hindu Myth, there were a few cases that demonstrated abilities and power that made them leaders among the other Asuras. Some include: 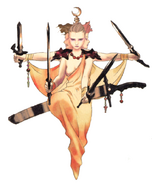 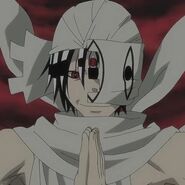 Asura (Asura's Wrath)
Add a photo to this gallery
Retrieved from "https://powerlisting.fandom.com/wiki/Asura_Physiology?oldid=896550"
Community content is available under CC-BY-SA unless otherwise noted.