Attach any machine or technology to user.

"I can wire anything directly into anything. I'm the Professor!"
― Herbert Farnsworth (Futurama)

The ability to attach any machine, technology, organic, or spiritual substance to the user. Variation of Powers Via Object.

User can attach any machine, technology, organic, or spiritual substance to themselves. Though not necessarily a superpower itself, it does grant a power-up to the user by supporting the user with more abilities.

The user can nest any form of organic substance or creature onto oneself like a leech. The user can use this as a means of attack be attaching to the opponent and acting like a leech to drain their life force or other energies.

The user if can see spirits can have them enter their own body and keep them as a means of energy source. The user can hold more than just two spirits at a time and can switch of with them more than once.

The user can dock any form of devices, machines and vehicles to themselves in order gain that machine's abilities and attributes.

The user can add any sort of attachments to their weapons to either enhance their capabilities or use more than one attack that it's capable of.

Nero (Devil May Cry 5) can attach a wide variety of Devil Breaker arms with different functions.

After losing his right hand, Ashley "Ash" J. Williams (The Evil Dead series) began to attach a variety of different weapons to the stump, such as a chainsaw... 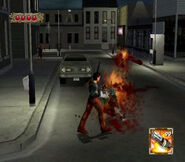 Parasites (Inuyasha) can attach to any demon and control them. 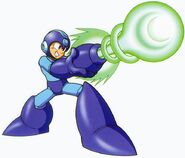 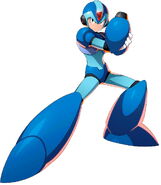 Beta Trilopods (Godzilla: Rulers of Earth) can attach themselves to Alpha Trilopods to transfer powers absorbed from other kaiju.
Add a photo to this gallery
Retrieved from "https://powerlisting.fandom.com/wiki/Attachment?oldid=1517404"
Community content is available under CC-BY-SA unless otherwise noted.