Go into a offensive mode.

The ability to go into a mode made for attack. Variation of Mode Switching. Opposite to Defense Mode.

The user can go into a mode or form made for attack allowing the user to get an incredible offensive capabilities or increase their current offensive power. 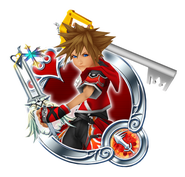 Sora (Kingdom Hearts) is able to enter Valor Form greatly improving his attack capabilities by giving him a second Keyblade, but he loses the ability to act defensively.
Add a photo to this gallery
Retrieved from "https://powerlisting.fandom.com/wiki/Attack_Mode?oldid=1336554"
Community content is available under CC-BY-SA unless otherwise noted.