Beerus (Dragon Ball Super) manipulates the movement of Chief Moginaian's Fire Breath to send it back at him.

Manipulate attacks of others.

The ability to manipulate attacks from an opponent or another person to other desired targets. Combination of Efficacy Manipulation and Probability Manipulation.

Users can manipulate, redirect or transfer attacks from an opponent to other targets. They can disable attacks towards them as a target and can transfer the attacks to anyone/anything they desire. 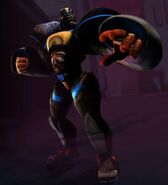 Optimus Primal (Beast Machines Transformers) was able to redirect and transfer a blaster beam from Tankor to another area for him to be able to escape or hide.

Griffith/Femto (Berserk) manipulating the movement of the Skull Knight's Spatial Slicing attack in order to open a fissure into the Astral Plane. 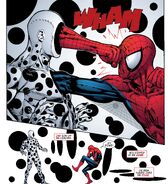 Using his portals, the Spot (Marvel Comics) redirects Spider-Man's attack so he punches himself in the face.

Pyrrha Nikos (RWBY) commonly uses her Semblance to alter the movements of her weapons or her opponents.
Add a photo to this gallery
Retrieved from "https://powerlisting.fandom.com/wiki/Attack_Movement_Manipulation?oldid=1204631"
Community content is available under CC-BY-SA unless otherwise noted.