Malthael (Diablo) using 'Wisdom' to predict attacks and return them against their enemies.

The power to predict and interpret others' attacks. Variation of Combat Perception, Enhanced Reflexes and Causality Perception.

The user can interpret and predict enemy attacks and react to the incoming attack, brush off or avoid the incoming attacks even from dead angle. If they possess defensive powers and the attack is coming from behind, the defense power can activate on its own to block the attack. 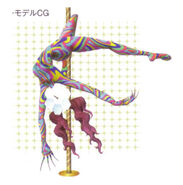 Having been programmed with knowledge of all of Goku's techniques, Super 17 (Dragon Ball GT) is able to predict and see through them.

Among Midnighter's (Wildstorm/DC Comics) numerous enhancements is a mental "combat computer" that allows him to predict every single possible outcome of a fight before the first punch is even thrown.

Ian Archer (Tower Prep) achieves this through his "Preflex" ability.

The Sharingan (Naruto) allows its wielder to read and predict any opponent attack. 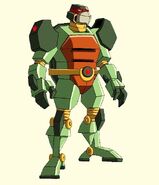 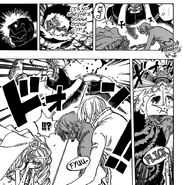 Thanks to his spider-sense, Spider-Man (Marvel Comics) can predict incoming attacks and respond accordingly.
Add a photo to this gallery

Retrieved from "https://powerlisting.fandom.com/wiki/Attack_Prediction?oldid=1031842"
Community content is available under CC-BY-SA unless otherwise noted.