Swain the Master Tactician (League Of Legends) is able to control his demonic birds.

The power to influence and control all forms of birds. Variation of Animal Manipulation.

User can control birds. They control them to do their bidding like, help them during situations, use them against foes, use them to see locations and get information about a particular place, use them for flight. Some can see through the birds' eyes that is controlled, allowing them to spy on others. User can also understand or communicate with them, hence creating and strengthening friendships. 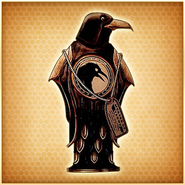 Murder of Crows (Bioshock Infinite) is a vigor that grants the drinker control of a murder of crows.

Suzaku Himejima (Highschool DxD) is the current guardian of the Himejima Clan's Sacred Beast, the Vermilion Bird of Fire.

Fiddlesticks the Harbinger of Doom (League of Legends)

With the pigeon whistle containing his akuma, Mr. Pigeon (Miraculous: Tales of Ladybug & Cat Noir) has power over all of the pigeons in Paris.