"Many have heard the beginning of its low, sustained shriek but few the end."
― Midnight Banshee, Magic: The Gathering

The power to use the abilities of Banshee. Variation of Mythic Physiology and a type of Undead Fairy Physiology.

User with this ability either is or can transform into a banshee (from Irish: bean sí, "woman of the barrows") a feminine spirit in Irish mythology, an omen of death and a messenger from the Otherworld who begins to wail if someone is about to die. Traditionally they are either faery-women or ghosts: often of a specific murdered woman, or a mother who died in childbirth.

Modern banshee tend to be more direct and are able to cause the death(s) they predict, either by lethal wail or direct attack.

See Also: Our Banshees Are Louder.

Phoebe Halliwell (Charmed) after being turned into a banshee. 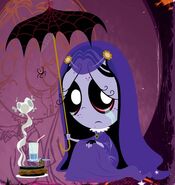 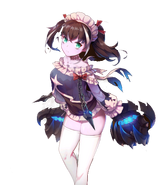 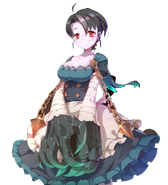 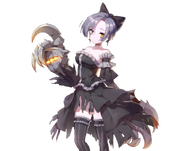 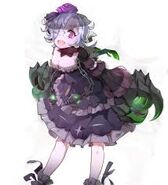 Banshee (Monster Girl Encyclopedia)
Add a photo to this gallery
Retrieved from "https://powerlisting.fandom.com/wiki/Banshee_Physiology?oldid=1670106"
Community content is available under CC-BY-SA unless otherwise noted.