The ability to project beams composed of energy/matter. Sub-power of Attack Powers and Ray/Beam Manipulation.

User can create and project concentrated beams of energy/matter (whether organic, inorganic, objects, etc.) which can cause immense amounts of damage. The size, shape, duration, and intensity of the beam can vary, in part due to the user's level of control over it, allowing for differences in precision, accuracy and overall damage output. As such, the beam can be widened or spread over an area or shortened and compressed into a segmented projectile for more brief but precise attacks. The result their impact could be concussive, dispersive or explosive, and depending on what the beam is composed, it can possess a variety of abilities. Additionally, these beams can potentially split or multiply into separate discharges that can move in different directions. 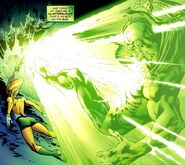 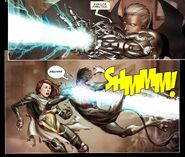 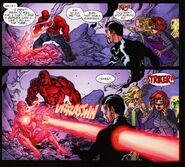