Joshua Foley/Elixir (Marvel Comics) is an Omega-Level Mutant that possesses the power to manipulate living organisms and their composition.

Users can manipulate life and living organisms, including but not limited to genetic alterations and physical distortion and/or augmentations of biological functions. They can cause cells to augment to induce advanced or declined biological healing, induce and cure diseases like cancer, induce appearance alteration, manipulate pheromones, and even increase physiological maturity.

Through his Blood Demon Art, Muzan Kibutsuji (Kimetsu no Yaiba) can manipulate and alter every part of his body as he pleases...

...such as shaping his arm into a distorted flesh sword... 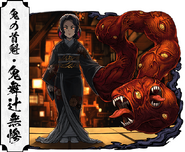 ...He can also change his appearance at will using his shapeshifting ability... 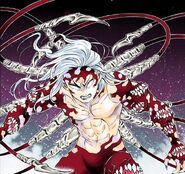 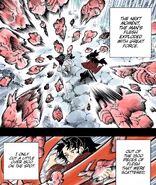 ...split his body into hundreds of pieces... 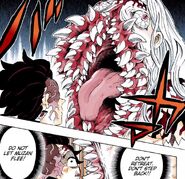 ...morph his mouth and facial features... 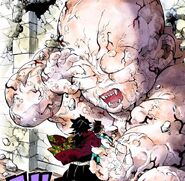 ...or even manifesting a large distorted mouth on his torso.

After assimilating Muzan's blood and becoming a demon, Tanjiro Kamado (Kimetsu no Yaiba) developed a portion of Muzan's biokinetic Blood Demon Art, allowing him to alter his body in similar ways. 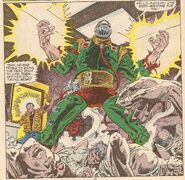 A Hormone Human, Emporio Ivankov (One Piece) can freely manipulate a person's body through their hormones.

Azazel (Supernatural) can cause internal or external wounds with a thought. 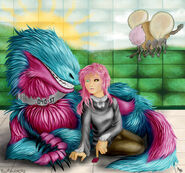 SCP-040 - Evolution's Child (SCP Foundation) is a Homo Superior that can manipulate biology in virtually anything, including inducing and manipulating mutations and organic matter.
Português do Brasil
Community content is available under CC-BY-SA unless otherwise noted.
Advertisement