The user is able to extend the length of bladed weapons (swords, knives, etc.) to varying degrees. In some cases, this creates a sort-of invisible sword, while in other cases, the blade itself stretches. 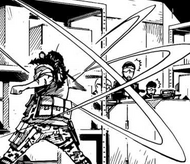 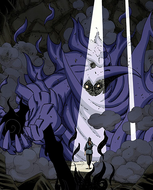 Link (The Legend of Zelda) is able to channel heavenly energy into his sword in order to increase its length and power. (Click to Animate)
Add a photo to this gallery
Retrieved from "https://powerlisting.fandom.com/wiki/Blade_Elongation?oldid=498766"
Community content is available under CC-BY-SA unless otherwise noted.