Utsuro (Gintama) giving his life-enriched blood to a dying Oboro, bringing the child back to life. However, Oboro's mortal flesh is breaking down from the blood's power, and its immortal attributes is only prolonging his suffering.

Robert Frank/Whizzer (Marvel Comics) was transfused with the blood of a mongoose by his father to save him from a deadly cobra bite, activating his latent mutant ability of super speed. 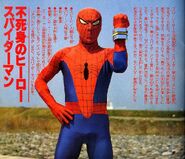 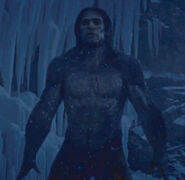 Beast Boy (Young Justice) received a life-saving blood transfusion from Miss Martian, granting him shapeshifting.
Add a photo to this gallery
Retrieved from "https://powerlisting.fandom.com/wiki/Blood_Transfusion?oldid=1316499"
Community content is available under CC-BY-SA unless otherwise noted.