Sonic and Jet (Sonic the Hedgehog) on their Extreme Gear.

The user is able to ride a variety of different boards (surfing, skateboarding, snowboarding, sandboarding and hoverboarding etc.) with incredible ease. They can even use almost anything as improvised boards. They may even be able to use their boards in combat. 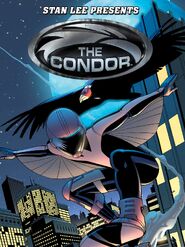 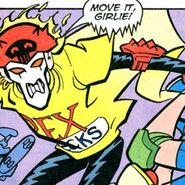 Ghost of Rex Decks (Scooby-Doo DC Comics)
Add a photo to this gallery
Retrieved from "https://powerlisting.fandom.com/wiki/Boarding_Intuition?oldid=1486826"
Community content is available under CC-BY-SA unless otherwise noted.