The power to harden one's body. Sub-power of Body Manipulation and Self-Hardness Manipulation.

The user can harden their own body, making them all but invulnerable to blunt force.

Mister Shifter (Sonic the Comic) hardens his fist to the consistency of concrete to attack Sonic.

Masters of Six Powers/Rokushiki (One Piece) can use the Tekkai/Iron Body technique to harden their bodies. 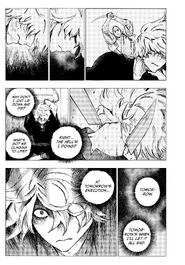 Martian Manhunter (DC Comics)
Add a photo to this gallery
Retrieved from "https://powerlisting.fandom.com/wiki/Body_Hardening?oldid=1500160"
Community content is available under CC-BY-SA unless otherwise noted.