Attach the body parts of others in place of your own.

The power to replace one’s missing appendages with those of another.

The user can replace parts of their body with same organs from outside sources, gaining the powers they'd had before the connecting, such as an eye with night vision would give the ability to see in the dark, a hand taken from a plasma blaster could allow them to fire plasma blasts from that hand.

Users may have a place to keep multiple organs and limbs, this way they can remove what they have and replace it with something they need, or to replace a lost limb and couldn't replace it in case they couldn't find one.

Mugino Shizuri (A Certain Magical Index) replaces her arm and eye with her Meltdowner energy.

After surviving the Eclipse, Guts (Berserk) replaced his lost left arm with a powerful mechanical device known as the Cannon Arm.

Ogami Rei's (Code:Breaker) left arm originally belongs to Code:Emperor, and it acts as his second heart, reviving him.

Wrath (Fullmetal Alchemist 2003) has Edward Elric's limbs, enabling him to use Alchemy.

Shu Ouma (Guilty Crown) replaced his lost right arm with his own Void. 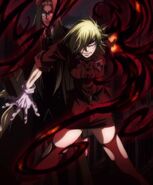 After killing him, DIO Brando (JoJo's Bizarre Adventure) attached his head to the stolen body of Jonathan Joestar.

Madara Uchiha (Naruto) has his brother, Izuna's eyes to escape the blindness of the Mangekyō Sharingan,…

…and Hashirama Senju's cells to use the Wood Style.

...and implanted 10 more into his right arm from Shin Uchiha along with Hashirama Senju's cells, allowing him the use of the Izanagi and Wood Style jutsu.

During his childhood, Nagato (Naruto) was implanted with the eyes of Madara Uchiha after he attained the Rinnegan.

Orochimaru (Naruto) transferred his consciousness to other people's entire bodies.

Obito Uchiha (Naruto) had the right side of his body, which had been crushed by a boulder, artificially reconstructed with Senju cells…

…and his left eye with the Rinnegan that belonged to Nagato and Madara Uchiha.

Naruto Uzumaki's (Naruto/Boruto: Naruto Next Generations) right arm was replaced by a prosthetic arm made of Hashirama Senju's cells. 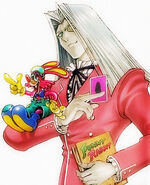 Miss Molly Coddle (Bump in the Night) demonstrates this by replacing her lost right arm with an ape's.

Warp's (Buzz Lightyear of Star Command) prosthetic arm is compatible with additional hardware, as he switched out his regular arm unit for a large Hornet yellow blaster unit.

Ash Williams (The Evil Dead series) replaced his right hand with a chainsaw after it went "bad" due to the influence of the Book of the Dead.

…as he demonstrates with the head of one of his victims.

Doc Benton (Supernatural) steals body parts and organs to replace his own damaged or decaying ones.

After losing his right arm to Gray Fox, Revolver Ocelot (Metal Gear) had it replaced with one from Liquid Snake.

After losing her left arm to Ruby Rose, Cinder Fall (RWBY) had it replaced with that of a Grimm. 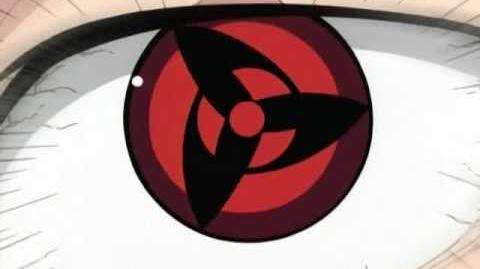 All Dojutsu in NARUTO and BORUTO (NEW! Boruto Uzumaki's Dojutsu)
Community content is available under CC-BY-SA unless otherwise noted.
Advertisement