Have compartments in one's body.

The power to have compartments in one's body that can store weapons and objects. Sub-power of Body Manipulation.

The user has compartments in their body that can store different things, such as objects and weapons. Some users even have so many different objects to store that it should be impossible to fit them all on the body like the body has some dimensional space that co-exists with the organs inside. 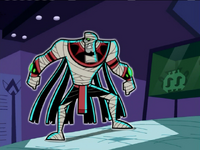 Hotep-RA (Danny Phantom) is able to store small or huge objects, like the Scarab Scepter inside of his body or bandages and summon them out for later. 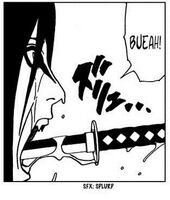 Orochimaru (Naruto) stored his Sword of Kusanagi in his guts. 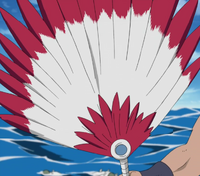 Kinkaku (Naruto) stored the Bashōsen in his guts.

Capone Bege (One Piece) can store items and people inside his fortress body.

Caribou (One Piece) can store items inside his swamp body.

Due to his Mochi Mochi Fruit/Mochi Mochi no Mi having similarities to Logia-class Devil Fruits, Charlotte Katakuri (One Piece) can...

...store various objects within his body. 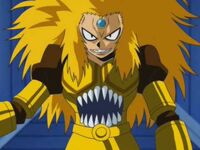 The mouth on Riou’s (Zatch Bell!) stomach acts as personal storage to hide his bookkeeper, Banikis....

...Unless engaged in a battle where Banikis needs to see the enemy with his own eyes, he can perform Riou’s spells from inside his body.

Adorea (Franken Fran) acts as a living organ cooler, storing organs and other organic material in her body for future use in Fran's surgeries. 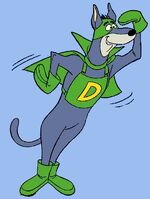