Have innate knowledge of boxing.

"The punch is mightier than the sword!"
― Doc Louis, Super Smash Bros. for Nintendo 3DS and Wii U

"I never lost using this fighting style!!"
― Ein (Fist of the North Star)

The ability to have an innate knowledge of boxing. Variation of Martial Arts Intuition and Sport Intuition.

User has the ability to have innate knowledge about boxing.

A super proficient master, Franky (One Piece) can deliver powerful punches with his Franky Boxing...

…and wipe out an entire arena of powerful warriors in the Corrida Colosseum along with the audience.

An incredibly deadly master, Charlotte Oven (One Piece) combines his potent boxing skills with the power of his Devil Fruit, the Netsu Netsu no Mi...

A former Muay Thai fighter, Gaolong Wongsawat (Kengan Ashura) turned to boxing because of the former's lack of punches and soon became a heavyweight champion of the world. 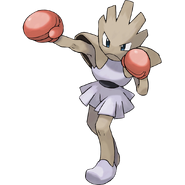 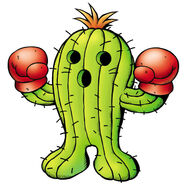 Togemon (Digimon)
Add a photo to this gallery

Family Guy - Boxer Lois
Add a photo to this gallery
Retrieved from "https://powerlisting.fandom.com/wiki/Boxing_Intuition?oldid=1560557"
Community content is available under CC-BY-SA unless otherwise noted.