The Armageddon Man (Marvel Comics) has the ability to trigger a plethora of extinction level events in gradual to instantaneous fashion.

Users can acclimate a ton of existential crisis and discharge them in accumulative number, hurling one end game scenario after another out at the enemy at the drop of a hat. 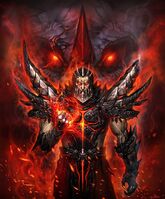 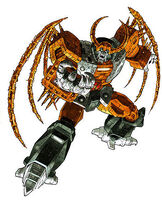 Unicron (Transformers) also colloquially known as the Chaos Bringer, is a world eater of insurmountable power and long standing enemy of his light counterpart Primus.
Add a photo to this gallery
Retrieved from "https://powerlisting.fandom.com/wiki/Calamity_Hell?oldid=1662448"
Community content is available under CC-BY-SA unless otherwise noted.