Bruce Wayne/Batman (DC Comics) can use his cape to glide and stun enemies.

Use a cape as a weapon

The power to use a cape as a weapon. Variation of Improbable Weapon Proficiency.

The user possesses versatile skill with using a cape as a weapon. Some users can use their capes to grab, restrain or stun opponents. May also be capable of flight-based abilities as well. 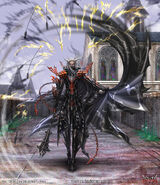 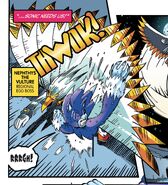 Mario (Super Mario/Super Smash Bros.) can use his Cape for combat...

...and to deflect projectiles.
Add a photo to this gallery
Retrieved from "https://powerlisting.fandom.com/wiki/Cape_Proficiency?oldid=1567072"
Community content is available under CC-BY-SA unless otherwise noted.