Audrey II (Little Shop of Horrors) is a textbook user of this ability.

Have a body made up of carnivorous plants.

"It's eating its own pot!"
― Iruma Suzuki (Welcome to Demon School! Iruma-kun)

Power to transform into or have a physical body made up of carnivorous plants. Variation of Plant Mimicry and Plant Morphing.

User is made up of or can transform their body completely into carnivorous plant, from factual species like the Venus flytrap to fictional ones. Users transformed form can be anatomically identical to their normal form, aside of being made of plant, in which case it contains all to organs and is somewhat vulnerable to attacks. Alternately user can transform into homogeneous matter, without any part of their form being more important than the other.

A Triffid (The Day of The Triffids)

Venus Human Trap (Destroy all Humans! Path of the Furon) 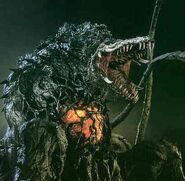 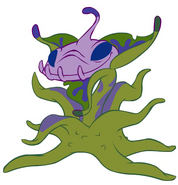 Guardian ÄRM Mehitos (Marchen Awakens Romance) takes the form of a giant Venus flytrap. Mehitos is in sync with its user, Jack and telepathically obeys his commands. 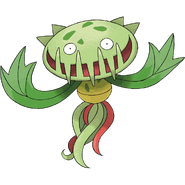 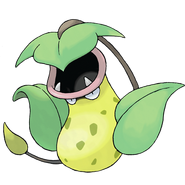 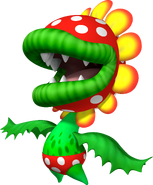 Zetsu (Naruto) mimics the appearance of a Venus Flytrap. To the point of where he can devour corpses and blend into the environment. 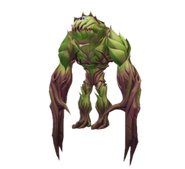