"I have kept you waiting. however, as you hoped for, i shall give you some amusement"
― Shion (Tensei Shitara Slime Datta Ken)

"This is where you lose to me and die."
― Featherine Augustus Aurora (Umineko no Naku Koro Ni)

The power to manipulate causality. Sub-power of Meta Probability Manipulation.

Users can manipulate causality, the relationship between causes and effects, allowing them to decide what happens and what doesn't, when and how. There is no need for a "why" however, as the why of something is determined by causality itself, which is at the users' command, making it one of the few powers that reasonably don't need a reason.

The causal alterations can be either specific or systemic. Specific alterations are momentary ones, naturally ceasing with their realization i.e. Absolute Wish. Systemic Alterations permanently changes the causal structure of reality, enforcing new chains of fate upon it until the user decides otherwise.

All forms of existence and phenomena rely on causality. Because of this, the power to manipulate it naturally overrides any other power put against it, as they all rely on causality to work. 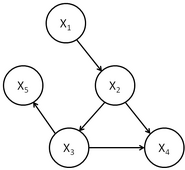 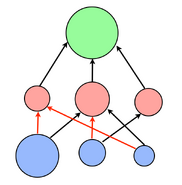 You decide what happens.

Altair (Re:Creators) can manipulate causality itself to achieve a wide variety of feats, powers, and abilities.

Cú Chulainn/Lancer (Fate/stay night) Gáe Bolg possess a powerful curse which reverses causality, allowing Cu to always pierce his opponents heart with the Barbed Spear that Pierces with Death by reversing causality, so the effect of the target's heart being stabbed occurs before the cause of the attack. As the curse affects destiny itself, those that are wounded by the spear are unable to heal the wounds it inflicts

Sephiroth (Final Fantasy VII Remake) of the Edge of Creation, and "The Whispers" has displayed the ability to manipulate causality (as well as time and space) on levels both cosmic, and affecting multiple parallel universes.

Living Tribunal (Marvel Comics) is an Cosmic Guardian and can control the laws of cause and effect.

Deus Ex Machina (Future Diary) is a God of Time and Space able to alter the laws of cause and effect.

As Filipinos indirectly address him through "bahala na", Bathala (Philippine Mythology) has unrestricted control over the causality of everything on an ultimate level.