Elder Centipede (One Punch Man) is Dragon-level and one of the largest mysterious beings in the series.

Use the traits of centipedes.

Power to use the abilities of centipedes. Variation of Animal Imitation and Animal Morphing.

User with this ability either is or can mimic/transform into centipedes.

For Practical reasons the other Myriopoda are included as variations:

Mukade Jōrō (InuYasha) is a yōkai who lives up to her name, "Mistress Centipede". 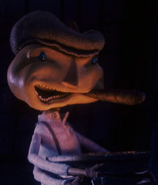 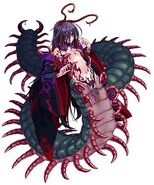 Oomukade (Monster Girl Encyclopedia) are a species of half-centipede women known for their depressive nature.

Mukade (Naruto) taking his puppet army body parts onto himself, transforming into a gigantic centipede-like being. 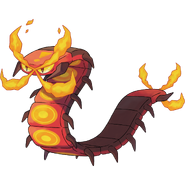 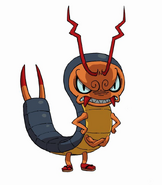 Firewig (Yo-Kai Watch)
Add a photo to this gallery
Retrieved from "https://powerlisting.fandom.com/wiki/Centipede_Physiology?oldid=1698977"
Community content is available under CC-BY-SA unless otherwise noted.