Aside from Kazeshini's dual scythes, Shūhei Hisagi (Bleach) is also very adept at using the chain that connects them in combat. 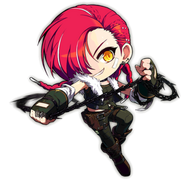 Jack Chain (Marvel Comics) is capable of generating and manipulating chains made of darkforce energy. 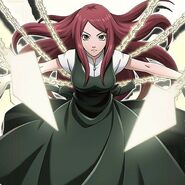 Alice (Resident Evil films) fights off the undead with a bike chain. 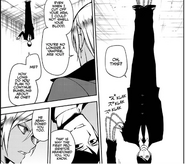 Saito (Owari no Seraph) reveals he has modified his body by chains even when his arm is cut. 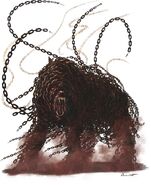 Rops' (Zatch Bell!) spells focus on the creation and manipulation of chains and ropes.

Maruss (Zatch Bell!) can create and control a chained metal ball with his Eijasu Garon spell.
Add a photo to this gallery
Retrieved from "https://powerlisting.fandom.com/wiki/Chain_Manipulation?oldid=1421931"
Community content is available under CC-BY-SA unless otherwise noted.