Chanting her name in support causes Ember (Danny Phantom) to increase in strength.

The ability to gain strength from chanting. Variation of Affinity.

Users become stronger, faster, more durable, etc. from the applause, cheering and chanting of oneself and others, possibly unlocking abilities related to the affinity and enhancing the existing powers. Some users may be able draw sustenance from chanting or even slow or stop aging. 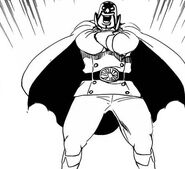 Mask De Masculine (Bleach) becomes stronger by the cheering and applause of James. 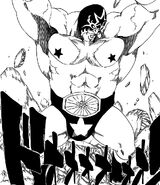 Mask De Masculine with all the applause from James goes into his powered form.
Add a photo to this gallery
Retrieved from "https://powerlisting.fandom.com/wiki/Chanting_Empowerment?oldid=1679536"
Community content is available under CC-BY-SA unless otherwise noted.