"Ordinary people, they operate within a certain set of parameters, right? Rules. Limits. Then there's blokes like me, yeah? We cheat."
― John Constantine (DC Comics)

"HEY! AREN'T YOU ASHAMED OF USING TACTICS LIKE THIS?"
"Not really."
― Bacteria and White Blood Cell (Cells at Work)

"A scam? Listen. If you've been scammed, the one who failed to see through it is the loser."
― Daniel J. D'arby, the Elder to Muhammed Avdol (JoJo's Bizarre Adventure Part III Stardust Crusaders)

The power to elude absolutely anything. Advanced version of Rule Bending. Not to be confused with Rule Negation.

The user can achieve anything just by simply cheating, the user is not subject to any form of rules, laws, concepts, limitations, boundaries, higher powers, or logic.

Trickster (Valkyrie Crusade) as a chaotic trickster goddess, can cheat anything.

Yami Bakura (Yu-Gi-Oh!) splitting a portion of his soul and implanting them into his dice, ensuring he will roll a super critical, which technically amounts to cheating.

Yuki Nagato (Haruhi Suzumiya) cheats by modifying the "elemental boost information" of a baseball bat to hit only home runs. 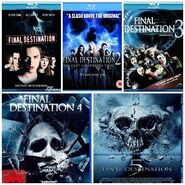 Characters who cheated Death (Final Destination series)
Add a photo to this gallery
Retrieved from "https://powerlisting.fandom.com/wiki/Cheating?oldid=1512431"
Community content is available under CC-BY-SA unless otherwise noted.