Use the traits of chess pieces

The power to use the abilities of archetypal chess pieces.

User with this ability either is or can transform into at least one of the sixteen pieces of the Chess. Each piece has certain abilities that are drawn directly from their abilities in the game and some that are conceptually connected to them.

If the user is/becomes a chess-piece, they gain: 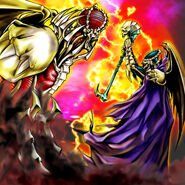