Have innate knowledge of child caregiving.

The ability to have innate knowledge of child caregiving. Variation of Intuitive Aptitude.

The user has knowledge over taking care of children, toddlers, or babies. They know how and what to feed them while also knowing how to quiet them down and discipline them. When they are throwing a fit, they know how to deal with them. The user also knows how to manage schedules. 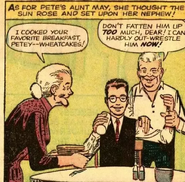 May and Ben Parker (Marvel Comics) raised and cared for Peter Parker since infancy.

Piccolo (Dragon Ball series) is Pan's usual babysitter, knowing her favorite foods down to preparation details, where her books and toys are, that she's scared of strangers, and that she cries when anyone but him holds her. 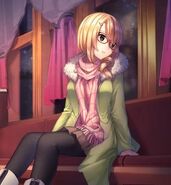 Maddie Raines (Heart of the Woods) is a full-time babysitter.

After being saved by Fran, The sentient sword known as Teacher (Reincarnated as a Sword) became the young Black Cat's guradian as well as her weapon and mentor.

Grandma and Grandpa Longneck (The Land Before Time) are Littlefoot's primary caregivers after their daughter's death and they act as parents to Littlefoot.

Nani Pelekai (Lilo & Stitch) is the older sister and legal guardian of Lilo. 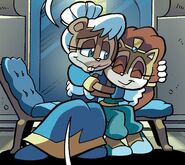 Rosie Woodchuck (Sonic SatAM/Archie's Sonic the Hedgehog) was caretaker for Sally Acorn and the other young Freedom Fighters in Knothole Village.