The power to gain direct visual information through non-physical means. Variation of Extrasensory Perception. Not to be confused with 360-Degree Senses. 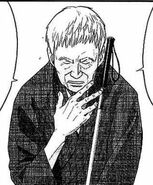 Koga's Golbat (Pokemon) forming a scrying mirror out of its Supersonic echolocation.

Viola (One Piece) have immense clairvoyance powers via the Giro Giro no Mi. 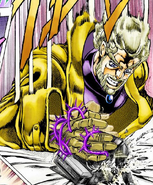 Thanks to his stand, Hermit Purple, Joseph Joestar(JoJo's Bizarre Adventure: Stardust Crusaders) can see images of distant people and places in the form of pictures.
Add a photo to this gallery
Retrieved from "https://powerlisting.fandom.com/wiki/Clairvoyance?oldid=1059114"
Community content is available under CC-BY-SA unless otherwise noted.