The power to be completely unharmed by cold. Sub-power of Thermal Resistance and Body Temperature Manipulation. Variation of Selective Invulnerability and Elemental Immunity. Opposite to Heat Immunity.

Animals that live in arctic environments, such as polar bears, penguins, arctic foxes, etc, are immune to the cold of their habitat thanks to their insulation abilities.

Dutch man Wim Hof is famous for his ability to stand incredibly cold temperatures. Using this, he has done feats such as sitting in a box full of ice for 2 hours and even climbing Everest in nothing but boxers. He developed a method to accomplish this which can be learned by others. His method involves focused breathing and continued exposure to the cold, which could give humans abilities such as frostbite immunity.

Esdeath (Akame ga Kill) is completely immune to the cold. 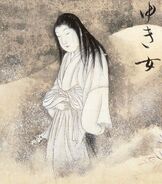 The Mantamen (Serious Sam) are immune to chilly temperatures within the water due to their aquatic physiology and their adaption to underwater locations.

Lissandra (League of Legends) make contacts with The Watchers who create Iceborn. She and the Iceborns are immune to normal cold, and by practice, can overcome the cold of True Ice.

King of the Mountain - SCP-1529 (SCP Animation)
Português do Brasil
Community content is available under CC-BY-SA unless otherwise noted.