Understand how others think and fight.

"He can deal twice as much damage by using his opponent's strength against them."
― Tanktop Master on Garou/Garo (One-Punch Man)

The ability to understand how others think and fight. Variation of Telepathy.

The user can instantly understand an opponent's method of thinking and fighting, allowing them to anticipate the moves of the opponent. Once they understand their enemies' strategy, they are able to find their flaws and weakness and take them down with little effort. While some users of this method do not use it as part of their primary fighting style, it is helpful in emergencies against difficult opponents where ordinary methods will not work against them.

Sontarans (Doctor Who) are the finest soldiers in the galaxy.

Due to years of taking notes on Superheroes, Izuku Midoriya (My Hero Academia) is very adapt at strategy, including analyzing the abilities of his opponents or teammates and being to create an effective strategy from that information. 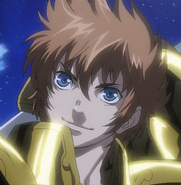 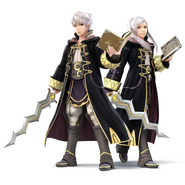