The One (DC Comics), a composite being formed from the fusion of five Gods: Highfather, Ares, Zeus, Jove and Odin, making his power level near infinite.

form a body from the energies and bodies of different deities.

The ability to form a physical body formed out of the energies and bodies of deities. Advanced combination of Collective Entity Physiology and Transcendent Physiology.

User can form a physical body formed out of the energies and bodies of divine entities and access the abilities of each individual being that make up the user's physical form. The user can also access the knowledge of these individualistic gods to gain vast amounts of knowledge as well as raw divine energy. 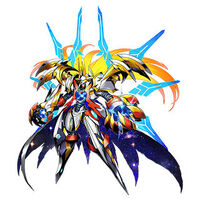 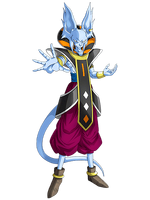 Whirus (Dragon Ball series) is a fusion of Beerus, a god of destruction, and Whis, an angel. 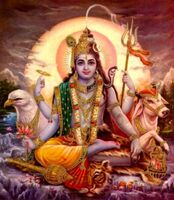 Harihara (Hindu Mythology) is the combined deity form of Vishnu and Shiva. 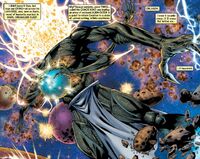 The Glory (Marvel Comics) is the physical embodiment of an entire pantheon of Dark Gods and contains within it over ten thousand entities and the worlds they were worshiped on. 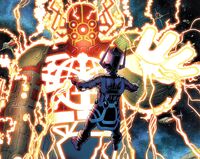 The Allgod (Savage Dragon) is the collective fusion of all the elder gods.

Arjuna Alter (TYPE-MOON) has absorbed and merged with nearly every deity in the Hindu pantheon.

Ashiya Douman (TYPE-MOON) has Ashiya as a base, fused with Itzpapalotl, an Aztec Goddess, Chernobog, the evil god of Slavic mythology, & Safu, the vengeful spirit of Heian Japan.

BB Pele (TYPE-MOON) uses BB as a base fused with components of Pele, the Hawaiian volcano goddess, and Nyarlathotep, an outer god from Cthulhu Mythos.

Kiara (Swimsuit) (TYPE-MOON) has Kiara as a base, fused with Shen, a Chinese divine beast, and Yao Bikuni.

Kingprotea (TYPE-MOON) was created by fusing the data from several divine beings, including Tiamat, Airavata, & Titania. 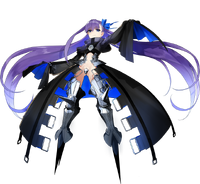 Meltlillith (TYPE-MOON) was created by fusing the data from several divine beings, including Artemis, Leviathan, & Saraswati. 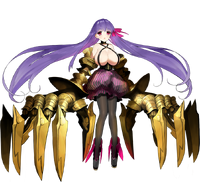 Passionlip (TYPE-MOON) was formed by combining the data of several divine beings, including Parvati, Durga, Brynhild.

Sitonia (TYPE-MOON) uses Illyasviel von Einzbern as a base fused with components of Sitonai, Freya, & Louhi.

Violet (TYPE-MOON) was formed by combining the data of several divine beings, including Medusa, Apsara, & Melusine.
Add a photo to this gallery
Retrieved from "https://powerlisting.fandom.com/wiki/Composite_Deity_Physiology?oldid=1767978"
Community content is available under CC-BY-SA unless otherwise noted.