Irene Belserion (Fairy Tail) can compress an entire Nation into 1/20 of its original size by casting Universe One magic.

Compress into a condensed size.

The power to compress matter into a condensed size without damaging it. Opposite of Expansion. Not to be confused with Size Reduction.

The user can compress/force matter into a small/condensed size without damaging the compressed matter, allowing the user to be able to transport fragile objects/beings such as a living person with ease and little to no difficulty. The user is also able to expand the compressed matter back to its original size, allowing the user to transport a large object such as a house by compressing the building and then expanding it back to its original size in a new location. 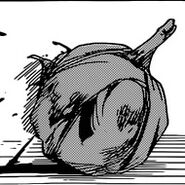 Vali Lucifer (Hihgschool DxD) using the Compression Divider to compress the target by half repeatedly.

Arashi (Naruto) using Curse of Mandala technique.
Add a photo to this gallery
Retrieved from "https://powerlisting.fandom.com/wiki/Compression?oldid=1624981"
Community content is available under CC-BY-SA unless otherwise noted.