As the original primordial source of all nightmares, Dendar, The Night Serpent (Forgotten Realms) can never truly die or be killed while nightmares exist within the minds of all things.

Be absolutely immortal as long as a concept exists.

"Didn't they tell you, Jack? It's great being a Guardian! But there's a catch. If enough kids stop believing, everything your friends protect - wonder, hopes, and dreams - it all goes away. And little by little, so do they."
― Pitch Black explaining the Guardians' powers to Jack (Rise of the Guardians)

The power to be absolutely immortal as long as the concept they are attuned to exists. Variation of Absolute Immortality and Reliant Immortality.

The user is truly immortal as their existence is tied to a certain concept. As long as that concept exists, the user will never truly die in any way.

See Also: Anthropomorphic Personification and As Long As There Is Evil.

As long as love is alive in Italy, Dean Martin (Family Guy) will live.

As the embodiment of humanity's collective evil, Nyarlathotep (Persona series) cannot ever truly die as long as even a single human has a negative or destructive impulse, thought, or feeling. 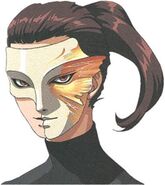 Philemon (Persona series) is the embodiment of humanity's collective good. As long as even a single human has a positive or constructive impulse, thought, or feeling, he cannot die.

As long as even a single human desires death, Erebus (Persona 3) cannot be permanently killed. If his body is somehow destroyed, he'll regenerate it within a year.

The Guardians (Rise of the Guardians) will live forever as long as the Children of Earth's beliefs in the Guardians remains strong.
Add a photo to this gallery
Retrieved from "https://powerlisting.fandom.com/wiki/Concept-Dependent_Immortality?oldid=1613670"
Community content is available under CC-BY-SA unless otherwise noted.