A 'glimpse' of the power.

Embody, manifest and manipulate all concepts.

The power to embody, manifest and manipulate all concepts.

User can manipulate all concepts, their principles and axioms, giving them form and power, either personally (embodiment) or externally (manifestation), and even infuse them into pre-existing objects, beings and places, changing and empowering them accordingly.

The user is a conceptual being affiliated with concepts as a whole, meaning its power and existence are inextinguishable as long as a single one remains. 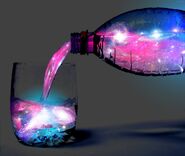 Masters of the Omniverse 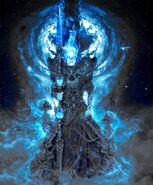 A Techorganic goddess
Add a photo to this gallery
Retrieved from "https://powerlisting.fandom.com/wiki/Conceptual_Lordship?oldid=1380991"
Community content is available under CC-BY-SA unless otherwise noted.