The user can become the embodiment of contagion and are able to spread certain influences to victims like an infection. Once the influences take control of emotions the user may have limited power over the victim to drive them to a certain action. The user may influence madness or fear to emotions, which is useful in combat.

Clowns (Soul Eater) are the embodiment of contagion 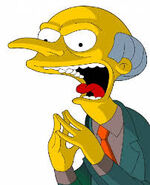 Charles Montgomery Burns (The Simpson) has all kinds of diseases known to man in his body as well as having several new diseases that are considered newly discovered to mankind.

Nurgle (Warhammer) is the chaos-god of decay and pestilence 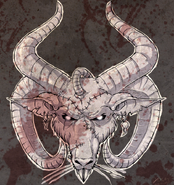 Horned Rat (Warhammer) is the god of Skaven and disease.
Add a photo to this gallery
Retrieved from "https://powerlisting.fandom.com/wiki/Contagion_Embodiment?oldid=1575379"
Community content is available under CC-BY-SA unless otherwise noted.