The Shrieker (Darkest Dungeon) was originally a normal raven until it was transformed into a hulking, multi-eyed monstrosity by the corruption of The Weald.

Matthew and Dream of the Endless (DC Comics) 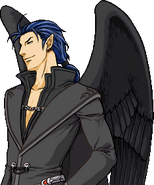 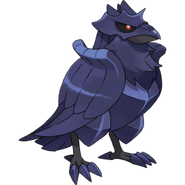 Yatagarasu (Valkyrie Crusade)
Add a photo to this gallery
Retrieved from "https://powerlisting.fandom.com/wiki/Corvid_Physiology?oldid=1401243"
Community content is available under CC-BY-SA unless otherwise noted.