Phoenix Ikki (Saint Seiya) along with the other Saints, possess great attunement with the Cosmos, in order to serve the Goddess Athena.

Be aware of anything that happens in the universe.

User is aware of anything that on a universal scale including planets being destroyed, threats, and/or anything that would affect them in any way. Depending on the scale of the user's power, how much of the cosmos can be perceived will change, for example, planetary perception, galaxy perception, whole cosmos perception, etc. 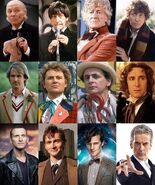 The Silver Surfer's (Marvel Comics) Cosmic Awareness allows him to comprehend rules of the universe others would find incomprehensible, as well as being able to sense energy concentration anywhere in the universe, sense a human trapped in a falling capsule,feel the culture of Earth being stolen, and being able to sense that Mephisto was up to something. He can also determine the nature of new energy sources, locations, and determine the nature of an energy source and who the beings who created it were. Silver surfer can sense pure consciousness, and sensed Galactus rising 93 million miles away from the sun. Silver Surfer was able to sense the weakness of Gladiator. 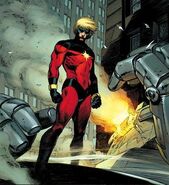 Wiccan (Marvel Comics) utilizing his cosmic awareness as the Demiurge. 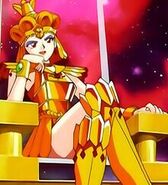 As a dark lord of the Sith, Emperor Shev Palpatine/Darth Sidious (Star Wars) was aware of powerful force users throughout the galaxy and their potential threat to his Empire.
Português do Brasil
Community content is available under CC-BY-SA unless otherwise noted.
Advertisement