Galactus (Marvel Comics) The Devourer of Worlds, must consume the energy of entire planets to sustain his enormous powers.

have a hunger on cosmic levels and ways to satisfy it.

"My name is the Demon of Gluttony. She who shall devour all into oblivion."
― Banica Conchita (The Evillious Chronicles)

""Who gives a damn about galaxies?! Our stomachs... are way bigger!"
― Jorgun and Balinbow Bakusa (Gurren Lagann)

The power to have hunger on a cosmic scale. Variation of Metabolization. Lesser version of Reality Consumption.

The user has hunger on a cosmic level and also the ways to satisfy it, they can devour anything and everything from organic and inorganic, possibly even concepts.

Tiir (The Legend of the Legendary Heroes) possesses the power to devour all things to augment himself.

Racnoss (Doctor Who) are born starving and so to satisfy their hunger, they devour whole planets.

The Master (Doctor Who) gained an insatiable hunger after being resurrected in failing body. 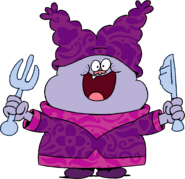 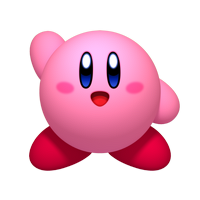 Fenrir (Norse Mythology) will devour the sun during Ragnarok.
Add a photo to this gallery
Retrieved from "https://powerlisting.fandom.com/wiki/Cosmic_Hunger?oldid=1613008"
Community content is available under CC-BY-SA unless otherwise noted.