Hephaestus/Vulcan (Greco-Roman Mythology) was the greatest craftsman in all of Olympus.

The power to utilize magic involving crafting of items. Form of Magic. Variation of Enhanced Crafting.

The user has the ability to use magic that revolves around crafts. They are able to forge the sharpest of swords, the strongest of armors, the greatest of statues, the most powerful of items, etc.

Hajime Nagumo (Arifureta Sekai Saikyou) has surpassed Oscar in craftsmanship magic, being a magical gunsmith and weaponsmith. Having perfected his cratsmanship magic to uttermost perfection, creating the most powerful Artifacts that make full uses of all the Ancient Magics. 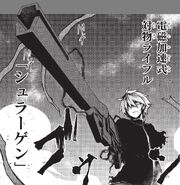 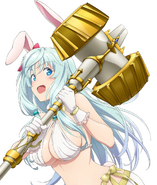 Shizuku Yaegashi's Tsumehirameki (Arifureta Sekai Saikyou) is Hajime's seventh masterpiece, a katana powered by Air Magic, it has supreme sharpness and strength to cut through anything. 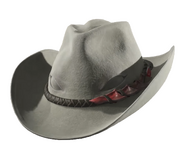 Dr. Faust (Devil May Cry) an alchemical hat Nico created using her father's alchemy research, able to absorb Red Orbs and fire it as destructive projectiles.
Add a photo to this gallery
Retrieved from "https://powerlisting.fandom.com/wiki/Craftsmanship_Magic?oldid=1364326"
Community content is available under CC-BY-SA unless otherwise noted.