The user can create crystals from nothing or the surrounding environment and use them for a variety of purposes. 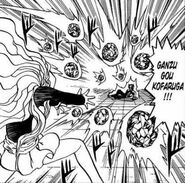 Cherish and Nicole’s (Zatch Bell!) spells each generate different forms of crystal to attack their opponents.

Skalamander (Generator Rex) is able to fire crystals from his hand. 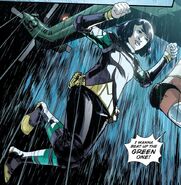 Spacegodzilla (Godzilla)
Add a photo to this gallery
Retrieved from "https://powerlisting.fandom.com/wiki/Crystal_Generation?oldid=1410979"
Community content is available under CC-BY-SA unless otherwise noted.