Lay a curse on anyone or anything.

The ability to place a curse on anyone or anything. Sub-power to Curse Manipulation. Negative form of Probability Manipulation. Opposite to Blessing Inducement and Curse Removal.

User can place a curse on whatever they wish (people, places, objects, etc.). The exact effects can be nearly anything the user desires, ranging from minor annoyances to tortuously extended death.

Among the most common effects are misfortune/bad luck, various sicknesses, infertility, physical defects/ugliness, etc. when affecting people, breaking or working wrong or causing problems when used on objects and tendency to draw various disasters for places. Traditional magical curses include transforming the victim fully or partially into an animal/monster that fits the offense, blood-lust, insanity, unstoppable rages, unhealing wounds, misshaped/inhuman offspring, and a whole host of other effects. 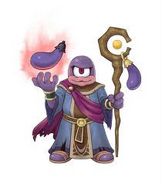 The Eggplant Wizard (Kid Icarus) curses people by turning them into eggplants. 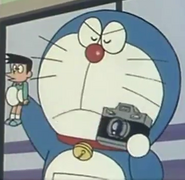 The Cursing Camera (Doraemon) creates a voodoo doll of the person in the snapshot, basically cursing the victim to be at the complete mercy of the doll's holder.

Hidan's (Naruto) Jashin ritual will put anyone under his curse.

The Regent of the Mask (Ninja Gaiden 3)

Ryu Hayabusa has been afflicted with the Grip of Murder curse by the Regent of the Mask.

Miku Hinasaki (Fatal Frame) has been afflicted by the lethal Rope Curse by the spirit of Kirie Himuro.

Naraku (InuYasha) is well-versed in various curses and black magic...

...the most notable of which being the Wind Tunnel curse he placed on Miroku's family.

The house of where the Saeki family lives, Kayako (The Grudge) will curse them when the house is entered and will kill them, along with spreading the curse to anyone who comes into contact with the cursed ones.

Est (Spirit Elementalist's Blade Dance) has her nickname "Demon Slayer" but is actually cursed demon sword that had absorbed those various curses and pass them onto its master, result in taking user's life.

Ingrid and Freya Beauchamp (Witches of East End) cursed to die young and be reborn to relive it again and again.
Demise Artwork.png
In his final moments, Demise (The Legend of Zelda) cursed the bloodlines of Link and Zelda, vowing that an incarnation of his hatred would forever hound their descendants.
Add a photo to this gallery
Retrieved from "https://powerlisting.fandom.com/wiki/Curse_Inducement?oldid=786936"
Community content is available under CC-BY-SA unless otherwise noted.