Sage (Marvel Comics) has a computer-like brain with unlimited storage.

The user has a computer-like consciousness, which grants several abilities, although, since this power is personal and internal, ones that mostly affect only the user. 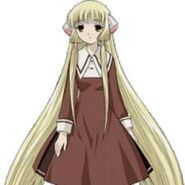 Chii (Chobits) is a legendary persocom with the ability to act more like a human.

Oda Nobunaga (Horizon In Middle The of Nowhere) is in reality the original body of Horizon Ariadust that was installed with automatons brain after the fatal accident that claimed her life. 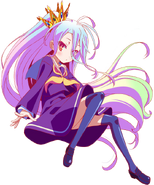 Charlie Cluster-7/Fantomex's (Marvel Comics) brain functions more like a digitized program than it does as normal organic gray matter.

Network (Hunter-Killer) is an ultra-sapian with a computurized brain that pushes technological appliance past 110% capacity.
Add a photo to this gallery
Retrieved from "https://powerlisting.fandom.com/wiki/Cyber_Mind?oldid=1522958"
Community content is available under CC-BY-SA unless otherwise noted.