The ability to absorb data and utilize it in some way. Technique of Data Manipulation. Variations of Absorption.

The user can absorb data, while removing it from the source, into their body and use it in various ways, gaining some form of advantage, either by enhancing themselves, gaining the drained power, using it as power source etc., either temporarily or permanently. 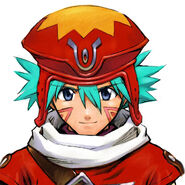 Eaters (Digimon) are named such because of their endless hunger for data, which includes human mental data, that they devour and assimilate to aid in their evolution. 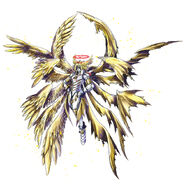 Any Digimon killed by Lucemon X's (Digimon) Seventh Divine Cruz will have their data absorbed into the Crown of Pride to further empower Lucemon X.

Railtron (Power Rangers Beast Morphers)
Add a photo to this gallery
Retrieved from "https://powerlisting.fandom.com/wiki/Data_Absorption?oldid=1549125"
Community content is available under CC-BY-SA unless otherwise noted.