Gáe Dearg (TYPE-MOON) is a spear that renders magical enhancements and projections useless by severing all ties with magical energy, such as Saber's armor.

"It burns!!! I-I got burned!! Even my bones feel hot! They're broken!! Iron Body isn't working at all!! What's with that kick?! Dammit!!"
― Jabra (One Piece) after taking a hit from Sanji's Diable Jambe.

"There is no such thing as true invulnerability. Struck with enough skill and strength, even a steel man can be brought down."
― Ben Turner/Bronze Tiger to Stalnoivolk (DC Comics)

The ability to bypass any kind of defenses. Sub-power of Absolute Attack and Defense Manipulation.

The user is able to bypass an opponent's defenses and does equal damage no matter how strong, durable, magically-enhanced or seemingly impenetrable the defense is.

Baraggan Louisenbairn's (Bleach) time acceleration powers can disintegrate anything from powerful Kido barriers to his own Resurrección enhanced Hierro. 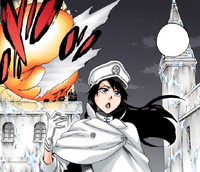 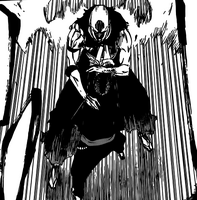 Wei Zhijun (Darker than Black) can teleport using his blood as a catalyst, hence once his blood is on the target, there is no defense. 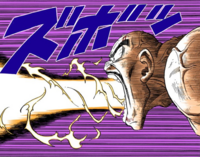 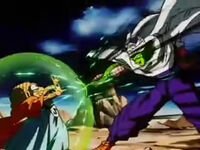 ...and pierces through Babidi's magical barrier. 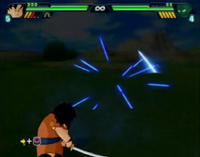 While Issei Hyoudou's (Highschool DxD) Dress Break is generally used for perverted reasons, it can also be used to destroy armor.

The Shukaku's Pike/Spear of Shukaku (Naruto) is formed from the sharpest minerals compressed together and can pierce through even the Infinite Armor.

Particle Style/Dust Release techniques (Naruto) cannot be blocked since it will disintegrate any and all matter that it touches.

Using the hammer to add force to the ax, the Bluntsword/Blunt Blade the Helmet Splitter: Kabutowari (Naruto) can cut through all defenses.

The Third Raikage's (Naruto) Thrust of Hell: One Fingered Assault/Hell Stab: One Finger Nukite is his strongest spear, and can pierce through even his own superhuman body.

Using the Chidori, Sasuke Uchiha (Naruto) was able to pierce clean through Gaara's sand-based defenses and make him bleed…

…and firing chakra arrows through his Susanoo with such piercing force that no physical defense can block it, especially if he imbues it with the black flames that will incinerate anything they pierce…

…infusing lightning chakra into his blade to enhance it’s cutting power, allowing him to cut down armored samurai with ease.

Kaguya Ōtsutsuki (Naruto) firing her "All-Killing Ash Bones" with such force that it pierced through Kakashi's "Susanoo".

As a Rubber Human, Monkey D. Luffy (One Piece) was able to bypass Enel's electricity-based Logia defense and injure him…

...and after two years of training, he can use Busoshoku/Armament Haki to break through the strongest of defenses, like the New Fishman Pirates' Steel Shell Formation.

A Reject Dial (One Piece) possesses the same ability as the Impact Dial, but with 10 times the output that its defense-penetrating power can cause lethal damage, both ways.

Sanji's (One Piece) Diable Jambe can burn through any defenses, even the iron like defenses of a Tekkai/Iron Body master.

Marshal D. Teach/Blackbeard (One Piece) can use his Dark-Dark Fruit/Yami Yami no Mi to nullify any Devil Fruit based defenses from Paramecia to Logia, making them more vulnerable to physical harm.

As magma is superior to fire, Sakazuki/Akainu (One Piece) was able to bypass Ace's Logia defense and mortally wound him.

Users of Busoshoku/Armament Haki (One Piece)…

…can use the intangibility defense to touch and strike Logia Devil Fruit users.

...Roronoa Zoro's mastery of Busoushoku Haki allows him to slice through the toughest of Haki-enhanced defenses...

The Chinjao Family's Hasshoken style (One Piece) generates shock waves that can shatter defenses, such as shields and armor.

Trafalgar D. Water Law (One Piece) has mastered his spatial slicing powers to the point he can cut through the hardest physical objects and bypass powerful Haki-based defenses…

…and uses Gamma Knife, which bypasses any defenses to directly rupture the target's internal organs, making it almost impossible to survive.

Charlotte Linlin/Big Mom (One Piece) can easily smash the hardest defenses with her punches.

As a skilled alchemist, Edward Elric (Fullmetal Alchemist) can transmute Greed's skin from graphene to graphite, which allows for his shield to be breached with excessive force. 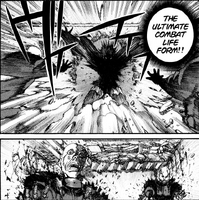 Sanosuke Sagara (Rurouni Kenshin) using Mastery of Two Layers, which uses the first strike to nullify an object's resistance, and the second strike (made within 1/75th of a second) easily destroys it.

Levi Kazama's (Trinity Seven) Shadowless Slash technique has an incorporeal edge, meaning her blade does not exist under any physical laws and allows her to bypass barriers. 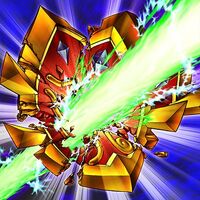 Penguin Torpedo (Yu-Gi-Oh!) is a Direct Attacker, allowing it to bypass and Wall monsters and attack the opponent directly.

Ectoplasmer (Yu-Gi-Oh!) is a Direct Attack Magic Card, allowing the user to sacrifice their monster to bypass wall monsters...

Byakko (Yu Yu Hakusho) using Meikō Shōkai-Ha to release a densely oscillating scream that can break molecular bonds, meaning it cannot be blocked, only dodged.
Add a photo to this gallery

Using the Beat Down, Batman (Batman: Arkham) unleashes a rapid flurry of punches to pierce through an enemy's defenses.

Zelda's (The Legend of Zelda) Light Arrow can pierce through all defense, causing normal targets to be vaporized in a flash of light.

The True Dragon Sword (Ninja Gaiden) forged from a dragon's fangs and empowered by a dragon's soul is immensely sharp, able to cut through armoured tanks and jets of steel and slice down the immortal bodies of Evil Deities such as Vigoor Emperor and Vazdah.

The Blade of the Archfiend (Ninja Gaiden) was forged from Vazdah's demonic magic infused meteorite, making it powerful enough to rip through the immortal body of the gigantic Goddess which has complete immunity to modern firearms and artillery.

When using the Superflame, Spyro (Spyro series) can pierce through the defenses of enemies immune to his normal Fire Breath.
Add a photo to this gallery

Judas Bullets (Marvel Cinematic Universe) are one of the few things able to pierce through Luke Cage's Unbreakable Skin.
Add a photo to this gallery

Tyrian Callows' (RWBY) Semblance, Aura Disruption, allows him to bypass an opponent's Aura.
Add a photo to this gallery
Retrieved from "https://powerlisting.fandom.com/wiki/Defense_Break?oldid=1657785"
Community content is available under CC-BY-SA unless otherwise noted.