The power to deflect forms of attack. Related to Power Reflection.

Users are capable of deflecting attacks, normally projectiles or blunt force, away from themselves. While usually a defensive method, it can be utilized as an offensive technique by redirecting the deflected attacks against others, or even against the original attacker.

Nianzol Weizol (Bleach) using The Wind to bend all attacks, thus shifting the directions of the enemies' blade stabs to harmlessly slide away, or even cause his victims to twist and split apart.

Yuta (Code:Breaker) reflecting all special abilities back at his enemies.

Omnimon (Digimon) sending back the Diaboromon copies' Web Wreckers with a swing of his Transcendent Sword.

...doing the same as a Super Saiyan during his fight with Meta Cooler.

Janemba (Dragon Ball Z: Fusion Reborn) opening portals in front of himself to...

Zaku (Naruto) increasing the air pressure to 100% and reducing sound waves to 0% to create blunt air blasts that can deflect kunai.

...absorb an attack with his gunbai and convert it into the wind for deflection.

...a defensive posture that uses his paw pads to repel and counter enemy attacks.

Ri Shin's (Kingdom) skill with his King's Sword and incredible senses allows him to deflect arrows, even ones fired by a member of the Ten Bows of China.

Using special ISO field generator rings, Repeller (Batman Beyond) possesses an impenetrable aura that allows him to deflect anything.

The blade of Ascalon (Ben 10 series) is powerful enough to block or reflect energy blasts.

Loki (Tarot: Witch of the Black Rose) was able to deflect every form of magic thrown at him.

Those such as Master Yoda (Star Wars: The Clone Wars) who are skilled in lightsaber combat can utilize Form V to deflect blaster fire back at their opponent. 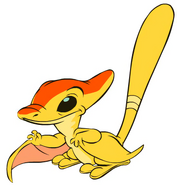 Danny Fenton/Phantom (Danny Phantom) can reflect any attacks, physical or energy, thanks to his Ghost Shield.

Vlad Masters/Plasmius (Danny Phantom) is able to catch a Ghost Ray and redirect it back at Danny.

Paige Matthews (Charmed) orbing a fireball to deflect it.

Piper Halliwell (Charmed) explodes a fireball in the air to deflect it.

Vivian (Charmed) deflects a fireball back at Eames.

Darth Vader (Star Wars) deflects blaster shots from Han Solo's blaster with The Force using his right hand and taking it with his left hand.

Link (The Legend of Zelda) can deflect projectiles such as energy blasts via a technique widely known as the "Dead Man's Volley."

Link (The Legend of Zelda) can use the Mirror Shield to reflect attacks, magic, and light. 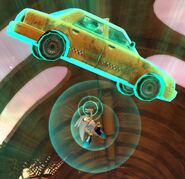 Sora and Riku (Kingdom Hearts) deflecting all of Xemnas lasers with everything they've got.

Genji (Overwatch) can deflect projectile attacks such as Pharah's rockets

Vergil (Devil May Cry) was fast enough to deflect and catch the bullets fired from Dante's Ebony and Ivory but sent them all back toward his younger brother.