The user can absorb demonic energy and power, while removing it from the source, into their body and use it in various ways, gaining some form of advantage, either by enhancing themselves, gaining the drained power, using it as power source etc., either temporarily or permanently.

After Elsword (Elsword) absorbed Dark El energy of an infected monster and a Demon he killed, it increased his physical power and allowed him to summon an unlimited number of Conwells in battle... 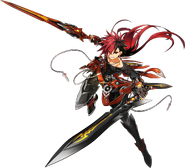 ...during his adventures with the El Search Party, the Dark El energy slowly began to take him but he also become much stronger and his old Conwells became too light for his current power. 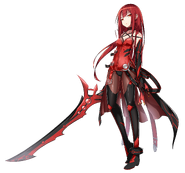 After being ambushed by Demons and nearly dying, Elesis (Elsword) absorbed Dark El energy to save her life; becoming consumed by it, she gained the use of Evil Energy Techniques, but was also driven insane... 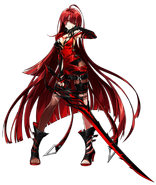 ...after eventually consuming the blood of Demons and Monsters alike, her destructive power grew even further; along with plunging her further into insanity.
Add a photo to this gallery
Retrieved from "https://powerlisting.fandom.com/wiki/Demonic_Energy_Absorption?oldid=1501354"
Community content is available under CC-BY-SA unless otherwise noted.