"He wore the crown of the Night Sentinels, and those that tasted the bite of his sword named him... the Doom Slayer."
― Slayer's Testament I, Doom (2016)

The power to kill demons/demonic entities. Variation of Slayer. Opposite to Divine Slayer.

The user can kill demons/demonic entities of any form, being able to go toe-to-toe with even the strongest of demons and gain resistance to their demonic powers and demonic corrupting effects.

Before being branded by the God Hand during the Eclipse, Guts (Berserk) fought and defeated the sadistic Apostle known as Wyald and has only grown more powerful in killing the demonic monsters.

Witches like the Charmed One (Charmed) are powerful demon slayers due to their magic.

Dante Alighieri (Dante's Inferno) is a powerful and courageous human that can slay demons with his Holy Cross, a true relic, and Death's Scythe, a demonic weapon.

Being the eldest son of Sparda, Vergil (Devil May Cry series) is more than a match against lesser demons, allowing him to match and even surpass his twin little brother Dante in battle.

As the son of Vergil and nephew Dante, Nero (Devil May Cry series) is a demonic-human hybrid that possesses great demonic powers which allows him to slay the strongest of demons who gained an increase in power from the Ascension Ceremony and even hold his own against his uncle Dante. 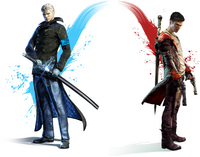 Dante, and Vergil (DMC: Devil May Cry) are powerful demon slayers due to their nephalem heritage. 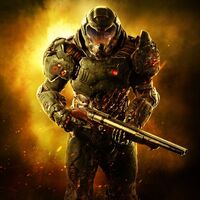 The most feared being in all of Hell, The Doom Slayer (Doom) can single-handedly defeat even the strongest of demonic creatures...

...wielding powerful strength, he can kill demons with his bare hands by ripping and tearing them apart. 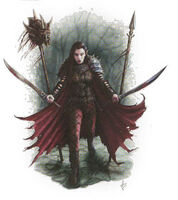 Impilturan demon slayers (Forgotten Realms) are rangers who utilize dual weapons and dabble in arcane magic in order to fearlessly hunt the demonic or plaguechanged enemies of Impiltur's people.

The Demon Slayer Corps (Kimetsu no Yaiba) is an organization dedicated to protecting humanity from Demons and slaying them. 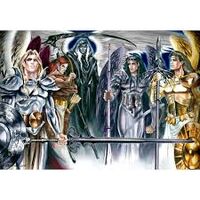 Archangels (Mythology) are said to be powerful demon slayers because of their divinity.

Michael (Mythology) is said to be the most fearless archangel general, who has slain many fallen angels/demons in the war for heaven and is destined to fight the final battle against Satan/Lucifer and his remaining hordes. 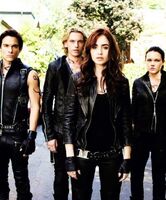 The Shadowhunters (Shadowhunters) are powerful demon killers sworn to protect mundanes from the shadow world. 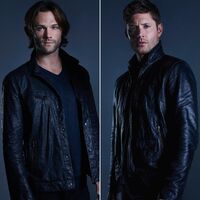 Sam and Dean Winchester (Supernatural) have held their ground and even killed very powerful demons, something that many hunters before them claimed to be impossible.

Angels like Castiel (Supernatural) are natural demon killers with and without their angel blades.

Hellboy (Hellboy/BPRD) has single handily killed many demons throughout his career.
Add a photo to this gallery 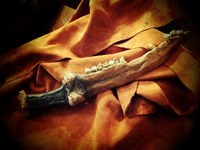 The First Blade (Supernatural), when empowered by the Mark of Cain, can kill any demon, including Knights of Hell.

The Demon-Killing Knife (Supernatural) is a mystical weapon forged by the Kurdish people, able to kill most demons and hellhounds with a single stab to a vital area.

The Colt (Supernatural) can kill any supernatural creature with one shot including demons of all kinds.

The Beast Spear (Ushio and Tora)
Add a photo to this gallery
Retrieved from "https://powerlisting.fandom.com/wiki/Demonic_Slayer?oldid=1699312"
Community content is available under CC-BY-SA unless otherwise noted.