turn others into demons

Power to transform living beings into demonic creatures. Sub-power of Demonic Magic. Variation of Conversion. Not to be confused with Demon Creation. 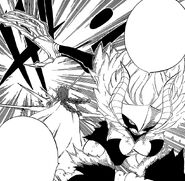 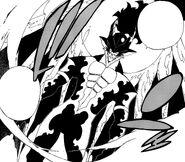 The Dragon Eater (Dog Days) can corrupt and transform any living creature, including true dragons, into demons via its tendrils.
Add a photo to this gallery
Retrieved from "https://powerlisting.fandom.com/wiki/Demonization?oldid=673223"
Community content is available under CC-BY-SA unless otherwise noted.