Destiny of the Endless (DC Comics)

" I know what it's like to lose. To feel so desperately that you're right, yet to fail nonetheless. It's frightening, turns the legs to jelly. I ask you to what end? Dread it. Run from it. Destiny arrives all the same. And now it's here. Or should I say, I am."
― Thanos (Avengers: Infinity War)

The power to perceive and affect fate/destiny concerning people and events. Opposite to Freedom.

The user is able to perceive, shape and manipulate destiny allowing them to affect reality in several ways both overt and hidden. Many users have an object that is physical manifestation of this power, common forms being Book or Spindle and a cutting tool.

See Also: Because Destiny Says So and Winds of Destiny, Change. 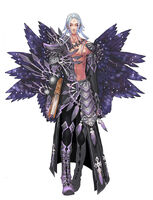 Amenhotep (Anima: Beyond Fantasy), lords of gods and keeper of The Book of Destiny.

Through his power, The Almighty, Yhwach (Bleach) can not only see all possible outcomes to any event, but also control which ones will actually occur.

The Soul King (Bleach), the original owner of The Almighty, and who'se powers surpass even Yhwach.

The Three (DC Comics) aka: The Kindly Ones, The Hecatae, the Erinyes; the Fates; the Three Witches; the Norns; the Three-in-One; Moirae; Eumenides; the Furies; Parcae; Fortuna; the Charities.

Bad Wolf Entity (Doctor Who) manipulated her own destiny to cause her creation.

The Izanagi technique (Naruto) allows the user to control their state of existence, escaping unfavorable outcomes and rewriting the results. Thus they can alter their destinies.

Due to the fate altering aspect being abused, Izanami (Naruto) was designed to decide fate, by trapping the abuser in an infinite loop, until they accept their fate and cease using it.

The Cards of Fate (SCP Foundation) are a set of playing cards SCP-1440 won from the Great Death that were capable of manipulating fate until SCP-1440 overused them to prevent several deadly conflicts (wars, revolutions, etc.), rendering them powerless. 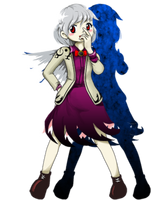 Sagume Kishin (Touhou Project) can reverse any situation by talking about it, causing the opposite of however she speaks about a situation/event to occur no matter what.

Atropos (Valkyrie Crusade)
Add a photo to this gallery
Retrieved from "https://powerlisting.fandom.com/wiki/Destiny_Manipulation?oldid=1766336"
Community content is available under CC-BY-SA unless otherwise noted.