Destruction (Sandman) the embodiment of destruction.

Destroy anything and everything

The black flames of Amaterasu (Naruto) are inextinguishable, and are so deadly that they won't stop until they burn down everything to ashes.

Obito's Yin-Yang weapons can cause anything but senjutsu to cease to exist.

Dust Release are techniques that destroy matter and energy at a molecular level.

Mard Geer (Fairy Tail) can use the Memento Mori that is the ultimate curse, erasing one's existence for eternity by removing life and death.
Futen Daisatsuryō.png
Ichibē Hyōsube (Bleach) using Futen Daisatsuryō to completely destroy his foes with blackness, that not even their souls can reincarnate. 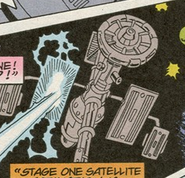 Kosuke setting off an Implosion BIM that can shave off all matter via its vacuum explosion.

The Azure Flame (Code:Breaker) will burn everything to nothingness.

When Peter Griffin and Ernie (Family Guy) fights, the two always cause massive destruction and many casualties.
Sonic-Generations-Perfect-C5haos-Artwork.jpg
According to the mural, Chaos (Sonic the Hedgehog) is the "God of Destruction", and will destroy the entire world by flooding it.
Solaris Form1.jpg
Solaris (Sonic the Hedgehog) can consume all timelines, and in turn, cause time itself to collapse, and all reality to be destroyed.

Blackbeard's (One Piece) Yami Yami no Mi reduces all to nothing, while his Gura Gura no Mi destroys all.

Miroku (InuYasha) can destroy anything he sucks into his Kazaana. 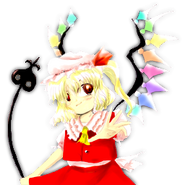 Flandre Scarlet (Touhou Project) is a vampire with the power to crush the energy center ("eye") of anything in her hand, instantly destroying it.
Alien X.jpeg
Alien X (Ben 10) 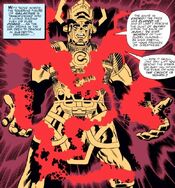 The Infinity Gems (Marvel Comics) was proven to be highly destructive when Thanos was using it.

The Ogdru Jahad are destined to bring about the apocalypse.

Beerus (Dragon Ball Z: Battle of Gods), as the God of Destruction, is powerful enough to annihilate entire galaxies.

All memory of your existence will be wiped from reality. You will die, and no one will mourn.

Izayoi Sakamaki (Problem Children are Coming from Another World, Aren't They?)'s gift is Code: Unknown, allow him to destroy anything, even gifts.

The Darkness (Supernatural) had previously destroyed each world God created, leading to his decision to bind and lock her away

Clear Note’s (Zatch Bell) spells focus on completely annihilating his opponents. Clear wants to become the mamodo king solely so he can bring genocide to his world. He even believes the destruction of his kind was the very reason he was born.

Baraggan Louisenbarn (Bleach) 's time acceleration powers can disintegrate anything it touch from Kido Barriers to even his own Resurrección enhanced Hierro.
Add a photo to this gallery
Retrieved from "https://powerlisting.fandom.com/wiki/Destruction?oldid=967244"
Community content is available under CC-BY-SA unless otherwise noted.