Abraxas (Marvel Comics) is a cosmic entity that acts as the embodiment of the destruction of the multiverse.

Become the embodiment of destruction.

"Creation can only begin after the destruction I bring."
― Shiva (Valkyrie Crusade)

The ability to become an embodiment of destruction. Variation of Destruction and Power Manifestation. Opposite to Creation Embodiment. Not to be confused with Conclusion Embodiment.

Users become a physical manifestation or personification of destruction, and gain the ability to bring destruction wherever they go: everything breaks, cracks, crushed, disintegrates, explodes or implodes into nothingness and oblivion. 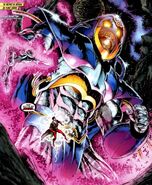 Destruction of the Endless (DC/Vertigo Comics)

The Destructinator (Fairly OddParents) lives up to its name. 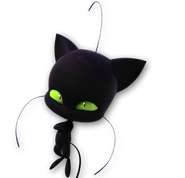 Plagg (Miraculous: Tales of Ladybug & Cat Noir), personification of destruction and kwami of the Cat Miraculous.

Yono the Destroyer (Kim Possible)
Add a photo to this gallery

Grimmjow Jaegerjaquez (Bleach) is the Espada of Destruction, with his Pantera released. 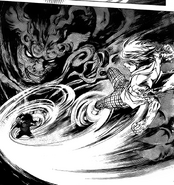 Kouji (Code:Breaker) is known as the God of Destruction, due to his immense fighting might and ability's destructive potential.

Sirzechs Lucifer (High School DxD) is able to convert his entire body into the power of destruction, this, his true form destroys everything regardless of his intent so he has to be careful when using it.

Jabberwock (Project ARMS) is regarded as an engine of destruction, with so many powerful abilities and the representation of Alice's rage. 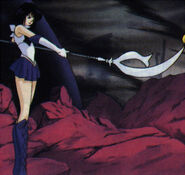 Clear Note (Zatch Bell!) is a mamodo whose only goal is to bring genocide on his people upon becoming king. Clear even claims that destruction is the very reason for his birth.
Add a photo to this gallery

Ate (Valkyrie Crusade) the goddess of ruin and delusion.
Add a photo to this gallery

Jack Force (Blue Bloods Series) is the current incarnation of Abbadon, the twin angel of destruction.
Add a photo to this gallery
Retrieved from "https://powerlisting.fandom.com/wiki/Destruction_Embodiment?oldid=1525306"
Community content is available under CC-BY-SA unless otherwise noted.